IMPORTANT UPDATE! DUE TO THE DISRUPTIONS OF THE WORLDWIDE POSTAL NETWORK,  MAJOR DELAYS WITH ALL INTERNATIONAL DELIVERIES ARE EXPECTED.  WE STRONGLY ADVISE  CHOOSING DHL EXPRESS SERVICE FOR ALL OVERSEAS ORDERS. 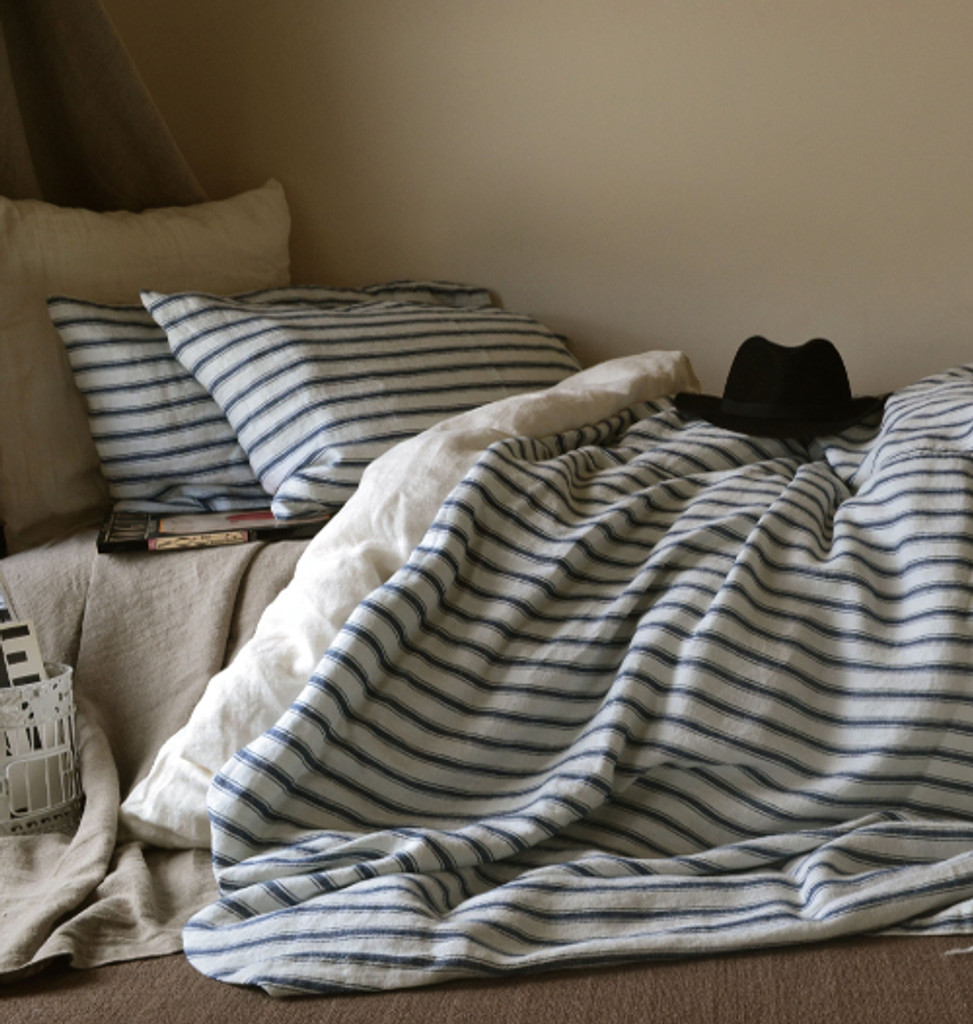 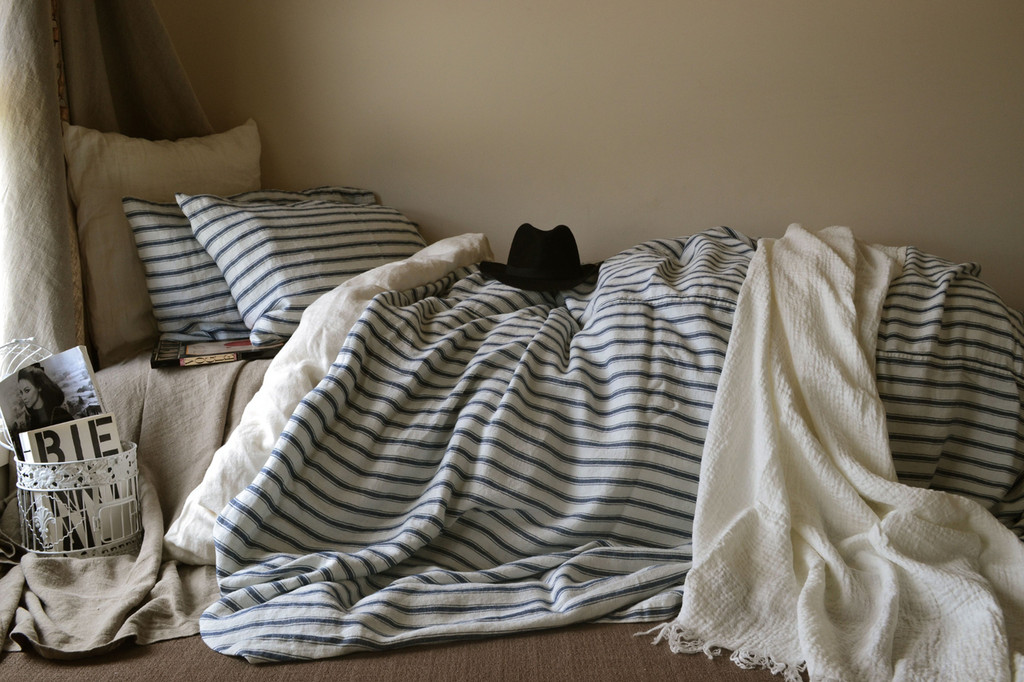 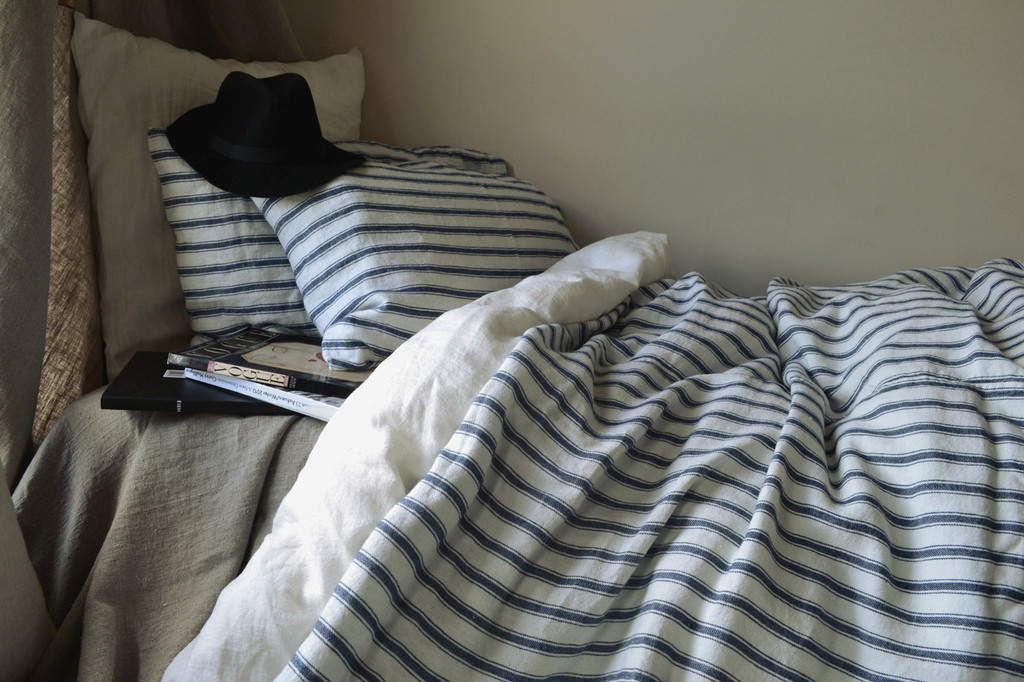 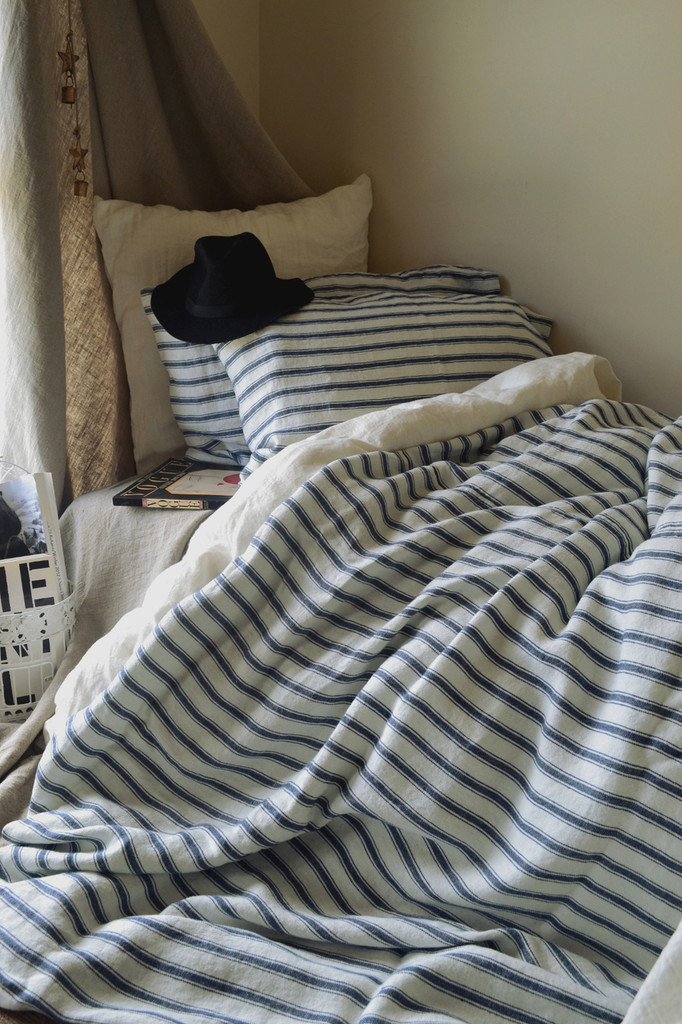 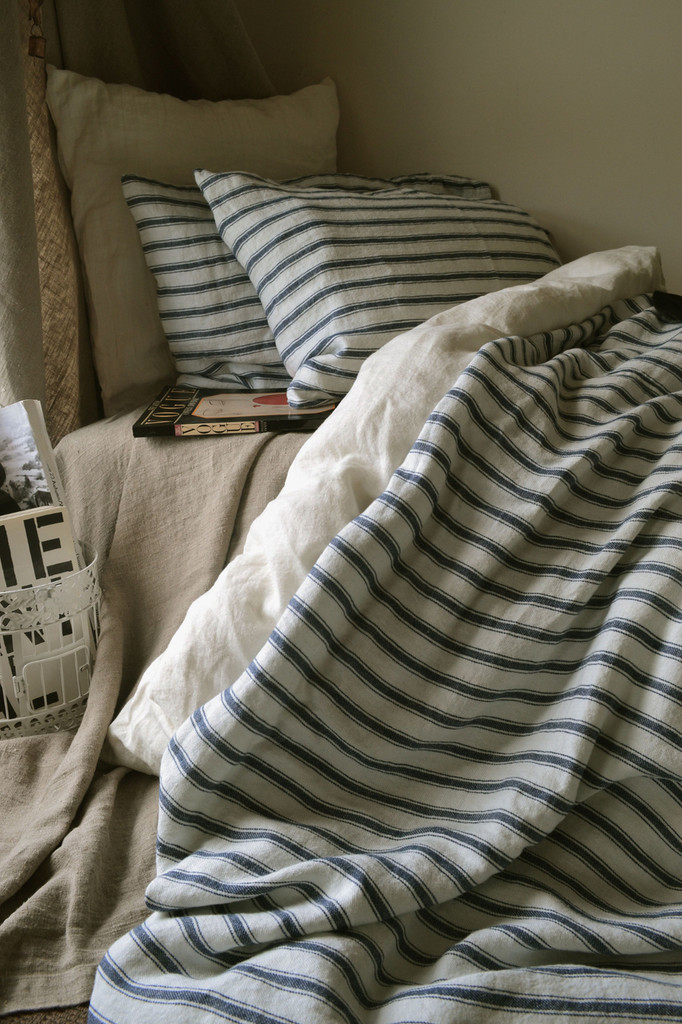 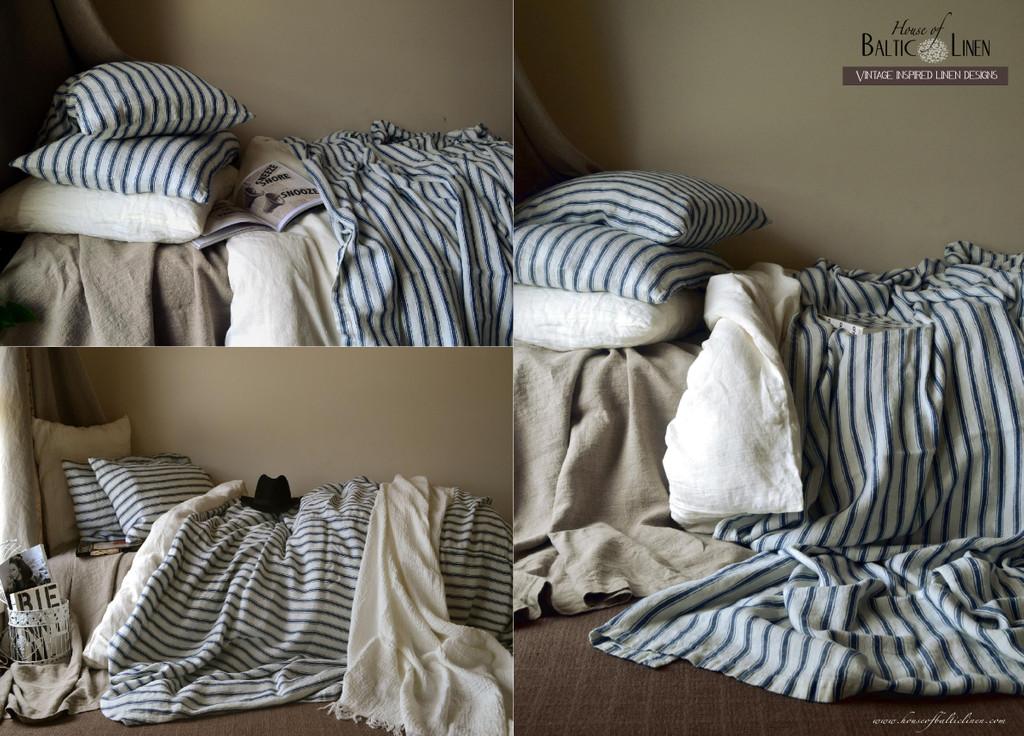 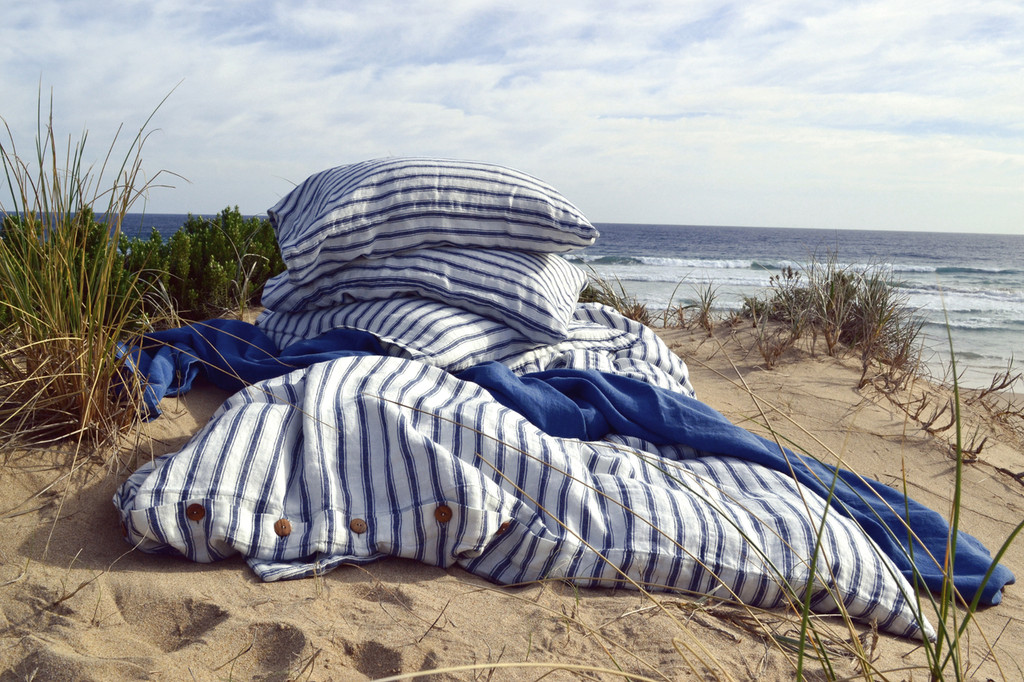 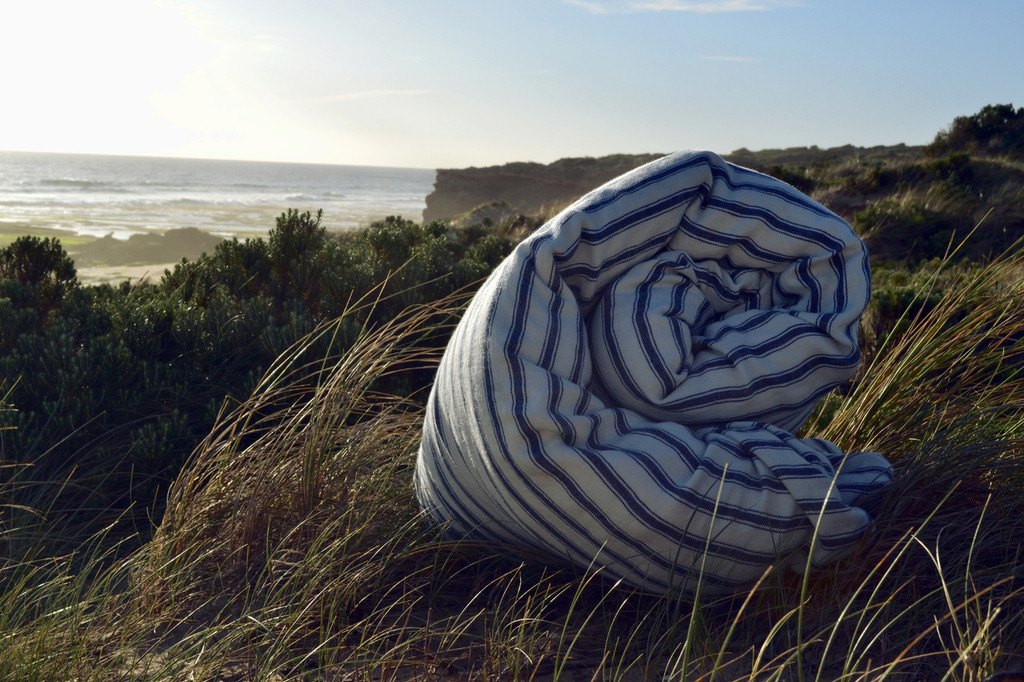 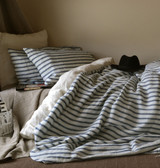 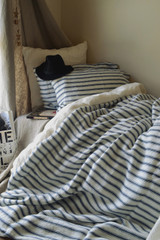 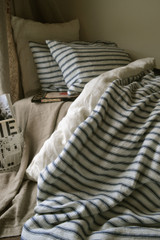 The beauty and charm of this natural heavy weight dark linen fabric inspired us to create modern-rustic bedding which would add a unique touch to any home style be it cottage chic, modern loft or timeless classic interior.

We are so proud to launch this French vintage inspired ticking 100% natural heavy weight linen bedding. We have madly fallen in love with this retro pattern of navy/antique white stripes, hence after many months of hard work this exquisite linen has been EXCLUSIVELY woven for us, House of Baltic Linen.

French Vintage ticking bedding is like from the old French movies- the pattern of stripes, the texture of weaving, the thickness of fabric, the design- everything reminds of vintage classic...

The design of the quilt/duvet cover is very similar to all our Rustic Rough bedding: quilt cover is made of 3 panels: middle wide panel and 2 narrower side panels. Duvet closure at the top bottom with light wooden buttons.

Even though it is heavy weight linen, but after stonewashing it feels so soft and light, almost like a flannel.

Linen fabric has been stonewashed and softened. It is a real winter duvet- will keep you warm and cozy during cold nights. May also be used for summer without the insert.

Create an account with us and you'll be able to:

Fill in your email below to request a new password. An email will be sent to the address below containing a link to verify your email address.